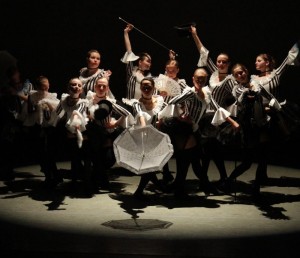 Main Stage Ballet & Dance Academy is recognized for our professional concerts that continue to please local and regional audiences for 37 years. We take the talent of each dancer very seriously and challenge them with innovative and mature dance choreography. Although not mandatory, participation in these concerts serves as an important part of dance education and is a rewarding event for the entire family.

Each concert date is announced at least 5 months in advance. Classical ballets such as “The Nutcracker” , “Cinderella”, “Twelve Dancing Princesses”, “Sleeping Beauty” along with other original jazz and modern concert works are also presented and are a delightful experience for everyone! Other performance opportunities are experienced during special dance presentations, guest artist workshops, local art gatherings, and more.

Past Performances & Original Works (from 2000 to present)